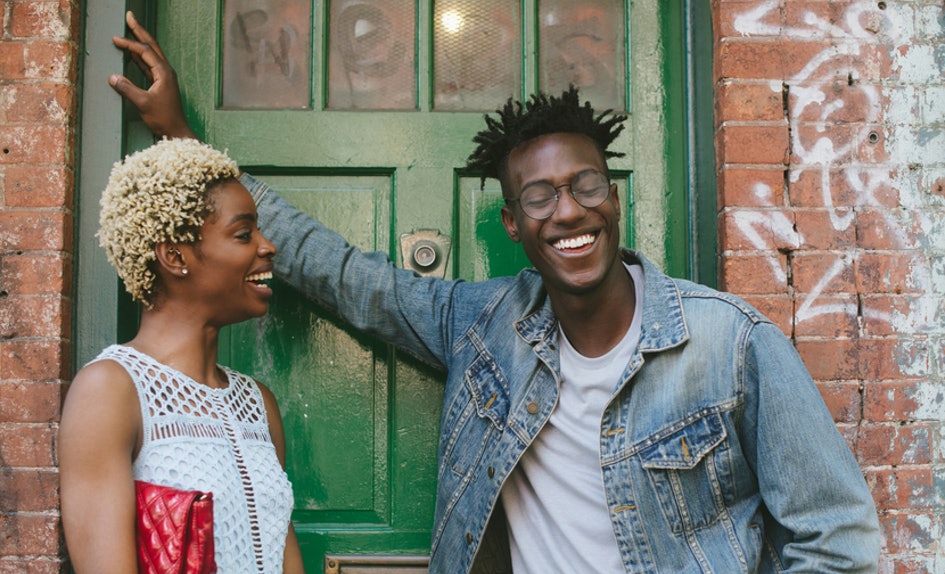 yinkadeniyi October 31, 2018 14 Comments
The moment I laid my eyes on him, I couldn’t get him out of my mind. I was working with my colleagues when he walked in. He was casually dressed, tall, with skin as dark as chocolate and handsome with eyes that lit up the room whenever he smiled.
I raised my head just in time to notice him as he walked into the room. He was engrossed in a conversation with my boss, you could tell that the nature of their discussions was light because they shared some laughs as they talked. He looked free like he was in his zone and was quite oblivious of his surroundings even as he looked around – I would like to think he noticed me while he glanced around. ( Don’t be a hater, a girl can always dream)😜😝
As I worked with my colleagues, I silently stole glances at him as he walked his around the room handling his business like a boss with the guys he came with while he conversed further with my boos.
I would later have a session with him as I was notified by my boss that I & my teammates will be working with him. He spoke to the team about what would be expected of us and even as he spoke I could feel his eyes on me. His gaze burned directly at me making it feel as if we were the only two in the room, there and then I silently sent a quick prayer to God that we would see again.
I told God everything I could imagine about him, how I found him attractive and how I wanted him to be attractive to me and a few things that included what I couldn’t wait to do to him… Okay, Okay you got me, I didn’t tell God the last part. I mean, who tells God about wanting to kiss a guy you might never meet and then after talking with God, I went to stalk him on social media.
These days you need to backup your crush or feelings with a social media audit, you cannot afford to put it to waste and be crushing on someone who is already hooked especially if you’re not planning to be the side chick.
The answer to my prayer came a few weeks later, my boss had informed my team that she would want us to have another session with him because she wanted us to put finishing touches on our previous work. I took my time dressing up that morning, I knew he was coming and I wanted him to notice me. I wore a black skirt that accentuated my curves and showed some skin and paired it up with a nice shirt, but I think I messed up everything somewhere around (I think that’s what you get when you go out of your way to overly impress someone)😑
It was 12 noon, I remember because I had just recently raised my head from my system to take a quick break and was going back to my work wondering if this crush of mine will still show up when all of a sudden there was an uproar in the building. I lifted up my head from my system and there he was in all his glory, standing tall, looking ravishing more than ever like he had just stepped out from a chocolate dip and ready to be licked😋😋 and right before we got to the business of the day, I sent a quick mumbled prayer to God, please let this man talk to me personally🙏.
The work was fast and quick, and we did get to talk at some point but not personally. It was 3pm when his team went on break and said we should reconvene in 30 minutes time. I was working on my system on some other work-related assignments when I noticed that someone pulled up a chair beside me.
Hi, your name is Lamide, right? he said stretching his hand out for a handshake, his hands were broad and strong with nicely manicured nails while his grip was firm like he was holding on and didn’t want to let go
I answered, Yes.
He smiled, introduced himself as Damola and then we talked a bit about ”work” just the two of us. It’s my best mini break conversation till date.
OMG! He had the perfect set of teeth I had ever seen, and the cutest set of kissable lips, his bodily scent, was a mixture of exotic and spicy mixed with a little bit of coffee and clean cotton. As we talked he gesticulated with his hands as our skin slightly graced each other
After the break, time went by so fast as we worked but I noticed he was stealing glances at me and of course I stole glances too, my second prayer about this crush of mine has been answered, call it coincidence or luck I didn’t care I was basking in the euphoria of the moment.
At the close of business that day, I summoned up courage and we talked about some minor things that led us to follow each other on Instagram.
Anyway, it’s been a week since I last saw him and I have no idea if I will see him again. The closest we ever got to know each other was the brief conversation we had and that was me shooting my shot in the best possible way I knew. Who knows maybe he will do the Banky W thing and slide into my DM (If that ever happens, I promise to keep you updated).

All in all, it was good to have a crush on someone new… This feeling would probably disappear in the next couple of days or probably linger till someone new comes along or better still he slides into my dm and we take it to the next level 😉.

14 thoughts on “To the Crush I might never meet”