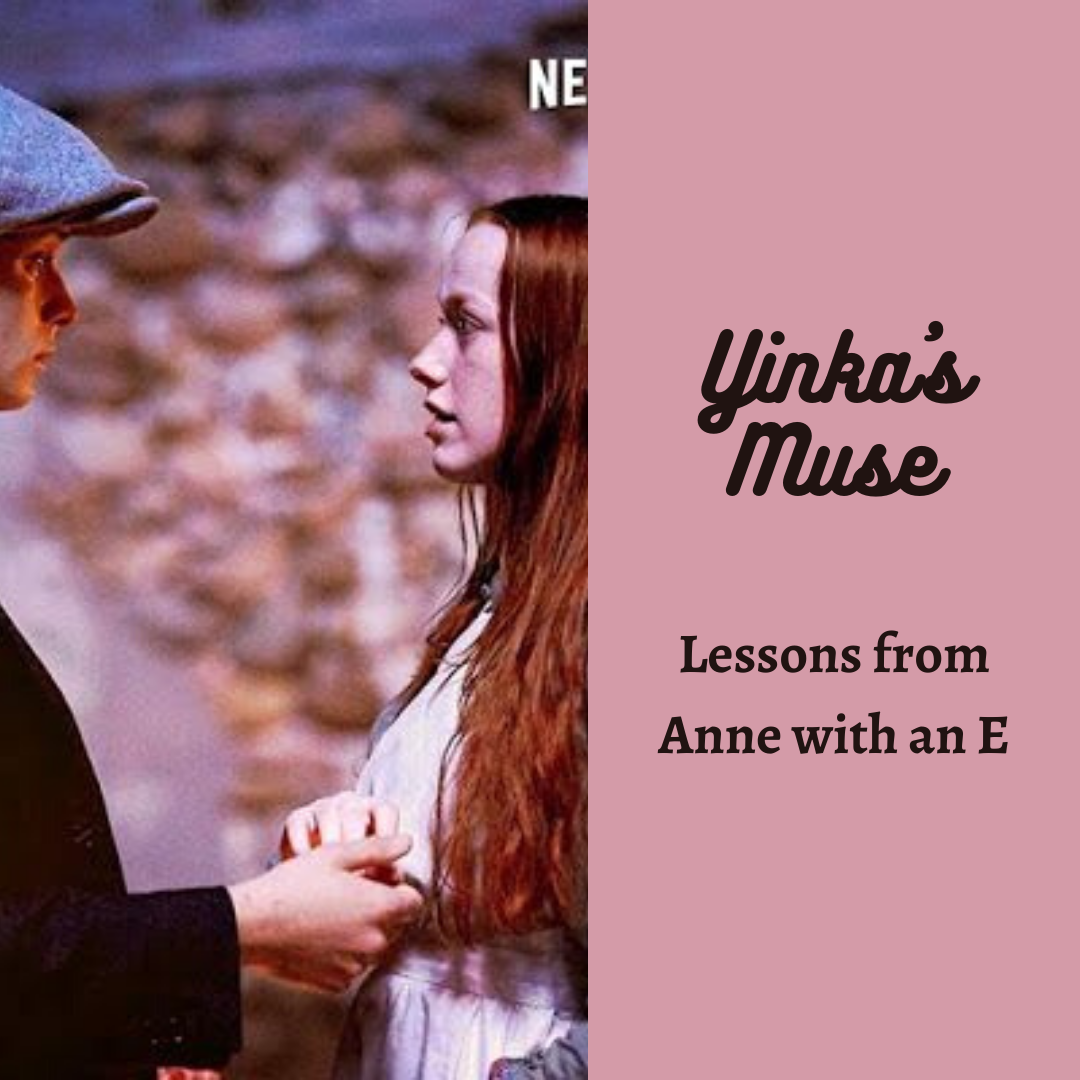 Lessons from Anne with an E.

I recently just concluded the series, Anne, with an E. A friend recommended it for me and that was the only reason why I watched it but I was glad I did. If you ever decide to check it out, I would advise that you prepare yourself for a whole lot of dialogues and also give room to learn new words.

Anne with an e was enlightening and refreshing. It was a different kind of content that what we would normally not see on TV. I love the inclusion, diversity and togetherness it portrayed. I loved how it showed a bit of how lives were for blacks even after slavery and then the scenes where it shows that life even after years of serving the white man might need a little adjusting.

In all honesty, while there are so many things to take away from the series, I believe that the relationship between Anne and Gilbert is worth mentioning because it did my heart a lot of good.

4. Feminism – I thoroughly enjoyed how feminism was addressed in almost every episode of the series. If there was any take-home lesson from this series, it was that I can be whatever I desire, that I can pursue whatever it is I want.

Some of the words that stood out for me are:-

5. LGBTQ – Again for most of the messages passed across in Anne with an E it quite differs from what we are probably familiar with in other series. Aunt Josephine in the series was able to subtly convey her message to cole who was still discovering himself and also able to open herself up to people who she felt they were worthy enough to be in her space.

And then there were other lessons that were addressed in the series like beauty standard, grief, sexual harassment, foster care, love, health care and a whole host of others which was consistently discussed all through the series. It’s definitely sad to see the series end due to the rift between Netflix and CBS but I’m forever grateful for the awesome 3 seasons it gave me.

I hope you guys check out the show and that when you do, you share with me all the awesome lessons you gained from it.

If you got to the bottom… hooray. Don’t forget to check out my other post on ‘coping with COVID 19 here

5 thoughts on “Lessons from Anne with an E.”